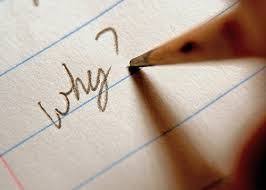 Estrangement continues to be the most difficult mountain I’ve ever faced. It stands so tall, in fact, that I still haven’t stolen a glimpse of it’s intimidating peak.

This mountain is a place I’ve learned to call home, but not by choice. I’ve been forced to live on this awesome and horrible mountain. It has been nearly two years. Twenty-One months to be exact. It’s hard to believe.

It’s a place where joy truly does meet sorrow, because it means counting your blessings every day while still grieving those who are choosing to no longer be a part of your life.

It’s checking your phone constantly with the hope of a text or a phone call. Sometimes, checking it so often, you consider chucking the phone in the trash. The disappointment is a lot to bear. Every single day.

It’s the dread of holidays, birthdays, and special events.

It’s rarely taking a family photo and never sending out a family card.

It’s running into people who ask about them, and not having an answer. What do you say? I haven’t heard from my kid in nearly two years? I mean, what kind of monster mom is rejected by her children, right?

It’s seeing someone who knows your child and wanting to pump them for any tiny smidge of information, but then feeling like a stalker.

It’s replaying the past over and over and over again to see if you can find that tipping point when everything went wrong, but not being able to find it.

It’s apologizing more times than you can count, but never really knowing what you’re apologizing for.

It’s being heartbroken for the siblings who’ve been abandoned on the mountain too.  Because of you.

It’s the willingness to give up everything for the chance of a re-do.  For five minutes of time. Oh, what I’d give for five minutes.

It’s total and complete rejection by ones you love more deeply than anything else on earth.

It’s a burden you can physically feel in your heart at all times.

But it’s also trusting God in a way you’ve never been called to trust before.

It’s banking on the fact that the Creator of the universe is big enough.

It’s believing He sees and knows all.

That nothing, not even this, has escaped Him.

That He is ever-present, rooting for reconciliation as much as I am.

That His love, mercy, and grace are sufficient, and are poured out generously, with reckless abandon, whenever I need it most by a Father who loves me more than I can fathom.

And above all, it’s accepting that He is in control and that He purposes all things. If even an atom were out of his control, after all, He wouldn’t be God.

It is trusting that this pain is not all for naught.

That in the grand scheme of eternity, each and every puzzle piece plays a part. Even this one.

And then It is taking the excruciating pain, and channeling it to fuel an unbridled love toward others.

It’s taking at least one step forward each day with hope.

At least one step.

It is seeing the world in a brand new way.

It is never taking life for granted again … seizing each and every ounce of joy and saving it in a jar, just as The Lord has saved each of my tears.

It’s hugging those who remain in my life tighter and appreciating them in a way I never could’ve had I not been placed at the mountain.

And it’s never giving up.

“God heals the brokenhearted and binds up their wounds.” Psalm 147:3

*If you are living on a mountain similar to mine, here are a few helpful articles on the subject:

Let me know what you think! Cancel reply

Click The Book Below To Find Books Written By ME!